Page 377
The search for precursors has been stimulated by the need to achieve uniform
growth and composition at reasonable rates as ... In addition , safety and
environmental concerns drive precursor development , in particular in the
development of ...
Page 460
In both cases , the silicon precursor is a silane ( SiH4 , SizH6 , or SizHz ) , all of
which , as noted earlier , are essentially transparent ( nonabsorbing ) in the UV .
Interaction of the optical source occurs primarily with the N or O precursor ,
whose ...
Page 650
In practice this is rarely the case , since reactions of the precursor , secondary
reactions of the products , and both gas - phase and surface reactions may be
involved . For the sake of illustration , however , we will assume simple linear ... 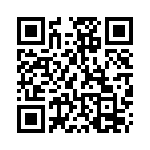