Page 173
As his son once , wading up the a Shan - Burman who had come Myitmaka with a blow - pipe originally from the Kauk - kwe in his hand , and his eyes on the in Northern Burma , he knew bushes fringing the stream .
Page 176
smith , carpenter , toddy - climber , twice a year , once in May and cock - fight promoter , cartman , once on his way back from the fisherman , hunter , or it may be Peterborough Hound Show , in dacoit , sometimes one after the her ...
Page 694
But not so fast but that Salute and courteous salaam . my father's lifted rifle could And then their hands joined . have shot - once , twice , and Stharé ma shé ! once again . He laid his rifle Khwar ma shé ! once more across his ... 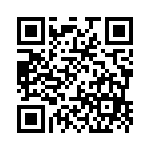