Page 3
Captain Arthur, Captain General and Governor in Chief of New South Wales and
its dependencies, from January 26, 1788, to December 10th, 1792 . HUNTER,
R.N., Captain John, Governor of New South Wales and its dependencies from ...
Page 31
... to play what our ancestors wer - wont to call ' bat and ball,' was far and wido
regarded as a bold venture, and was indeed in itself sufficient to account for the
intense excitement which followed on the first match in Melbourne in January.
1862 ...
Page 65
... however, did not at first roll in very rapidly, and it was not until the 24th January,
1849, that the first proposals were handed in, consisting of five for deferred
annuities on the life of Mr. Ebsworth, one of the Directors, and one for the
assurance ... 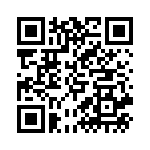