Born on Egdon Heath, made famous in his novels, Thomas Hardy (1840-1928) worked as an architect for several years. But poetry, which he wrote in his spare time, would prove his first and last literary love. By 1874, he was convinced that he could earn his living as an author and retired from architecture, married, and devoted himself to writing. An extremely prolific novelist, Hardy produced an important book every year or two. In 1896, disturbed by the public outcry over taboo subjects broached in his greatest novels, Tess of the D'Ubervilles and Jude the Obscure, he announced that he would write only poetry. In later years, he was bestowed many honors and, upon his death, was buried with much ceremony in Poet's Corner, Westminster Abbey.

Marcelle Clements is a novelist and journalist who has contributed articles on culture, the arts, and politics to many national publications. She is the author of two books of nonfiction, The Dog Is Us and The Improvised Woman, and the novels Rock Me and Midsummer. 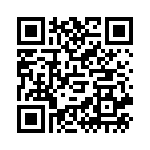