Page 78
Ocean , and our hopes of being picked gunner , whoso name I did not know , up grew less and less . died early in the morning , and The following morning we stirred seaman , who had seemed a tireless from our canvas cover to find to our ...
Page 105
... a Civil Affairs less simple to explain , and we were Officer , a Security Officer , a Chief constrained to point out ... Relations between the rank and for the forthcoming encounter ile were less easily establishod , owing fraught ...
Page 254
But the storm had not in Dikwa Emirate , they went less and come when I went to bed , and later , less cautiously about their business . & rumble in the north foretold that Even so , I had only occasional probably it never would . 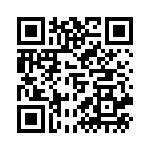