This was one of my very favourite childhood books when I was about six. I re-read it in my teens. I read it to my sons when they were small. Just recently, I read it aloud to a five-year-old friend ... Read full review

I loved this series as a child and have recently reread this book. Three children move to the countryside and find that the wood behind their house is magical, the Faraway Tree is a tree that leads to ... Read full review

Enid Blyton was born in East Dulwich, South London, in 1897. She wrote over six hundred books in her lifetime, including many of the 20th century's most popular children's series. Some of her best-known works include the Famous Five, the Secret Seven, Malory Towers, The Magic Faraway Tree, The Wishing Chair and Noddy. Enid Blyton died in 1968 but remains one of the world's best-loved storytellers and is consistently voted a children's favourite in reader polls. 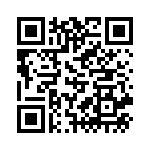