Apollon Zamp, master of the Showboat Miraldra's Enchantment has just been informed of a contest held by King Waldemar for the best entertainment. He almost misses the preliminary competition because ... Read full review

Lesser Vance is still Better Written than most other science fiction. I wouldn't start here, or stop; but once you get hooked to Vance, you will not be too horribly disappointed with this book. Read full review

John Holbrook Vance (August 28, 1916 - May 26, 2013) was an American mystery, fantasy and science fiction writer. Most of his work was published under the name Jack Vance. He also wrote 11 mystery novels as John Holbrook Vance and three as Ellery Queen, and once each used pseudonyms Alan Wade, Peter Held, John van See, and Jay Kavanse. Vance won the World Fantasy Award for Life Achievement in 1984. The Science Fiction Hall of Fame inducted him in 2001. Among his awards for particular works were: Hugo Awards, in 1963 for The Dragon Masters, in 1967 for The Last Castle, and in 2010 for his memoir This is Me, Jack Vance!; a Nebula Award in 1966, also for The Last Castle; the Jupiter Award in 1975; the World Fantasy Award in 1990 for Lyonesse: Madouc. He also won an Edgar (the mystery equivalent of the Nebula) for the best first mystery novel in 1961 for The Man in the Cage. He died at his home in Oakland, California, on May 26, 2013, aged 96. 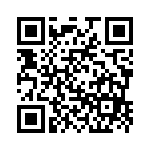