Page 63
Pectoralis Major The pectoralis major consists of three portions (Fig. 2-43). The
upper portion takes origin from the medial one-half to two-thirds of the
clavicle221 and inserts along the lateral lip of the bicipital groove. Its fibers
maintain a ...
Page 79
Note that most of the branches of the artery are deep to the pectoralis minor and
its superior continuation, the ... Where the pectoralis major was attached over the
fourth and fifth ribs an anastomotic connection around the fourth rib area was ...
Page xxvii
Patient-controlled analgesia, postoperative, 256 PŁan prosthetic shoulder, 678,
678 Pectoral artery, anatomy of, 79, 79 in pectoralis major, 63 Pectoral
compartment, anterior, anatomy of, 875 Pectoral nerve, lateral, anatomy of, 68, ...

45 other sections not shown 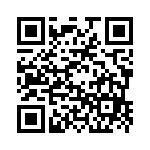