The Old testament: a brief introduction

This crisp, concise, and lucid introduction to the Old Testament reveals the shape and development of its canon, as well as the editorial history underlying its various parts. Levin (Univ. of Munich ... Read full review

Beyond any reasonable doubt, the bible has influenced the religion and culture of almost the whole world. The Old Testament, which is the larger of its two major components, is shared by both Jews and Christians has proved to be a challenge to many scholars in regards to its history and chronology. This groundbreaking work by noted biblical scholar Christoph Levin is the most current and concise introduction to the Old Testament available today.
Levin provides a framework for reinterpreting the biblical stories as theological reflections of an emerging Jewish nation and its self-identification as God's covenant people. The book explains in depth yet in understandable and simple language, the development of the Old Testament canon as well as the editorial history underlying its various parts, including the five books of Moses, the prophetic books, and the Psalms. Examining the Old Testament in its historical context, it also sheds new light on many of the shorter books, including Jonah, Job, Ruth, the Song of Solomon, Ecclesiastes, Esther, and Daniel.
Christoph Levin surveys fundamental changes that have taken place in Old Testament scholarship, noting that the accepted view of this part of the Bible has been called into question both by literary scholars and by archaeologists. He points out that many of the Old Testament writings are thought to have originated later than previously believed, and argues that our knowledge about the exodus from Egypt, the Israelite conquest of Palestine, and the opposition between belief in Yahweh and Canaanite religion can no longer be seen as securely established.
While the book treats the Old Testament as part of the cultural and religious history of the Ancient Near East, it also reminds readers that it emerged not as a history of ancient Israel but as the Holy Scripture of Judaism although Levin himself, does not work from the perspective of faith but of modern critical biblical studies drawing on recent developments.
This book has proved to me to be a very fine introduction to the study of the Old Testament. Clear and engaging, it will prove a compelling read for anyone interested in the history of religion and the history of ancient Israel.

Christoph Levin is Professor of Old Testament Studies at the University of Munich. He has published numerous books and articles on the Old Testament. 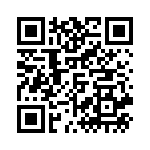