Wonderful book, and I enjoyed the food references. There were not nearly enough (in my amateur-foodie opinion) but enjoyed what there was - a real window into another time. I didn't really like the ... Read full review 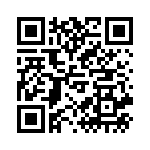