Page 20
The brigade of Cuban exiles would be quietly and unspectacularly landed in their
homeland . The only noisy part would be the preliminary air attacks against
Cuban airfields , but these would be handled by a clever cover story . The United
...
Page 24
Shortly after the Bay of Pigs debacle , he told Sorensen that he had really thought
there was a good chance that the landing of the exile brigade , without overt
United States participation , would rally the Cuban people to revolt and oust
Castro .
Page 335
Index Acceptance by group , conformity and , 246 Accountability , doctrine of ,
194 – 195 Acheson , Dean , 49 Cuban missile crisis and , 145 , 146 Johnson and
, 51 - 52 Korean War and , see Advisory group ( Truman ' s ) in North Korean ... 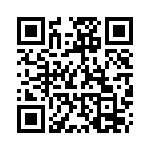