After teaching in elementary- and middle-school classrooms for a number of years, Lee Galda received her Ph.D. in English Education from New York University. A former professor at the University of Georgia, she is now a professor at the University of Minnesota where she teaches courses in children's and young adult literature. Lee is a member of the International Reading Association and the United States Board on Books for Young People, working on various committees related to literature. She was children's books department editor for The Reading Teacher from 1989 to 1993; a member of the 2003 Newbery Committee; a member of the International Reading Association Book Award Selection Committee for the past five years, co-chairing that committee in 2010-2011 and 2011-2012; and a member of the USBBY Bridge to Understanding Award Committee in 2008 through 2010, chairing that committee in 2011. She sits on the review boards of several professional journals and on the editorial boards of Children's Literature in Education and Journal of Children's Literature. Author of numerous articles and book chapters about children's literature and response, she was lead author of the first chapter on children's literature appearing in the HANDBOOK OF READING RESEARCH (Volume III). In 2011, Lee received the International Reading Association's Arbuthnot Award for excellence in teaching children's literature. Lee lives in Minneapolis, Minnesota, with her husband. 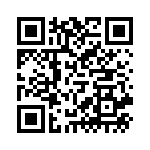