Page 125
Machine , come on , " and the three of them plodded ahead , feeling and
scrambling over hidden rocks , up a slope they ... it off the rock wall in sheets and
revealing what looked like a well in the rock and a great , flattened slide of snow
near it .
Page 134
At dusk they found a shallow cave at the bottom of a long slope , not a rock cave
but soft rock and frozen soil . Gavrily said they were over the pass . They sat as
far back against the cave wall as they could , watching the snow fall across the ...
Page 135
said Iris anxiously “ Get those damned women , ” said Alyx hoarsely for now he
was all over the cave , pale , eyes shut , on every wall , irretrievably lost , a
smashed machine with a broken arm at the bottom of a rock chimney somewhere
. 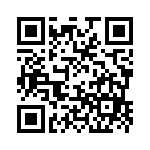