I bought one for myself as well as one for my best friend. I really enjoyed the book. Sometimes it was hard for me to undeerstand but I still got through it after a few times and it was great! My best friend got through it faster than I did and she loved it. Read full review

I feel jipped. I bought this book thinking it was the original text of the classic but not so its only HALF the book! the original is closer to 500 pages WHY sell this if its not the original They ... Read full review

Emily Bronte, the sister of Charlotte, shared the same isolated childhood on the Yorkshire moors. Emily, however, seems to have been much more affected by the eerie desolation of the moors than was Charlotte. Her one novel, Wuthering Heights (1847), draws much of its power from its setting in that desolate landscape. Emily's work is also marked by a passionate intensity that is sometimes overpowering. According to English poet and critic Matthew Arnold, "for passion, vehemence, and grief she had no equal since Byron." This passion is evident in the poetry she contributed to the collection (Poems by Currer, Ellis and Acton Bell) published by the Bronte sisters in 1846 under male pseudonyms in response to the prejudices of the time. Her passion reached far force, however, in her novel, Wuthering Heights. Bronte's novel defies easy classification. It is certainly a story of love, but just as certainly it is not a "love story". It is a psychological novel, but is so filled with hints of the supernatural and mystical that the reader is unsure of how much control the characters have over their own actions. It may seem to be a study of right and wrong, but is actually a study of good and evil. Above all, it is a novel of power and fierce intensity that has gripped readers for more than 100 years. 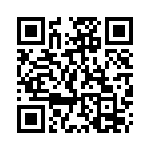