Page 7
... those that seemingly could arise only within living organisms , and inorganic
compounds , those that were found in the nonliving world . The new discipline of
organic chemistry was first built on a foundation of vitalism , the belief in a life
force ...
Page 8
Chemists began to chip away at the foundation of vitalism when they learned to
synthesize organic compounds in their laboratories . In 1828 , Friedrich Wöhler ,
a German chemist who had studied with Berzelius , attempted to make an ...
Page 9
However , one of the ingredients used in the synthesis , the cyanate , had been
extracted from animal blood , and the vitalists were not swayed by Wöhler's
discovery . A few years later , however , Hermann Kolbe , a student of Wöhler's ,
made ... 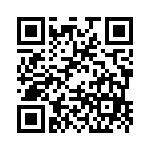