Paul A. Zoch holds a master's degree in classical studies from Indiana University and a bachelor's degree in classics from the University of Texas at Austin. He teaches Latin and English in the Alief Independent school District in Texas. This book is a direct outgrowth of his presentation of ancient Roman history in the classroom. 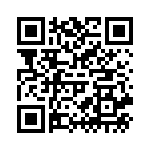