Page 44
Sanders , the D.J. , was a small , fat whisky - drinking man of 49 whom I never got to know well , because he was soon transferred to another station . Dutton , the P.M. , was a strange character ; a strange fate , partly due to me ...
Page 173
... month after I arrived in Hambantota : 2nd Oct. , 1908 Hambantota Ceylon I have often been on the point of writing in the last months and never quite reached it , perhaps because I knew that it would never be the time until you did .
Page 210
Coming face to face with a buffalo , a bear , or a leopard one felt pretty sure of what he would do , and in 999 cases out of a 1,000 one was right ; I never felt that I had any idea of what an elephant would do : he might pay no ... 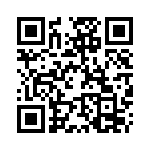