Paul Graves-Brown is a Research Fellow in the Department of Psychology, University of Southampton. He researches in interdisciplinary areas, particularly human origins and the relationships between material culture and mental processes.

Siân Jones is a Postdoctoral Fellow in the Department of Archaeology, University of Southampton and has written and researched on ethnicity and archaeology.

Clive Gamble is Professor of Archaeology at the University of Southampton and has published extensively on the Palaeolithic. 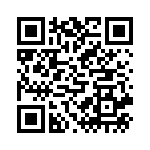