28 pages matching remained in this book

Robert Wooster, an associate professor of history at Corpus Christi State University; introduces each volume, catching the full range and tenor of a top soldier who became a national celebrity not the first or the last to de-velop an interest in money and political prize. Wooster is the author of Nelson A. Miles and the Twilight of the Frontier Army, also published by the University of Nebraska Press. 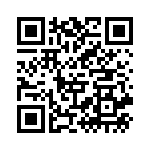