A surprisingly enjoyable book. It's grim fare, but seeing as how I was unaware of the book being loosely based on the writings of Isaac Bashevis Singer, one of my favorite authors, "enjoyable" it is ... Read full review

The title sounds like this book is like Marjorie Spiegel's The Dreaded Comparison, but it isn't. Read full review

Charles Patterson is a social historian, Holocaust educator, editor, and therapist. He is the author of Anti-Semitism: The Road to the Holocaust and Beyond, The Oxford 50th Anniversary Book of the United Nations, The Civil Rights Movement, and From Buchenwald to Carnegie Hall (co-authored with Marian Filar). He is a graduate of Amherst College, Columbia University (Ph.D.), and the Yad Vashem Institute for Holocaust Education in Jerusalem. Dr. Patterson now lives in New York City. He is a member of PEN, The Authors Guild, and the National Writers Union. 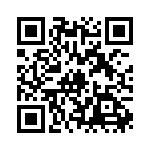