Page 257
Following Linda Hutcheon's lead, I define parody as "repetition with critical
distance" (185). Specifically, by parodying mainstream sfs assumption of the
human subject held stable by its race, nation, gender, sexuality, class, and so
forth, ...
Page 258
inspire exasperated recourse to satire and parody in order to critique the political
and technical failure of Cold War astrofuturism.2 McIntyre, however, avoids
writing burlesques that deny the power and pleasure of the space-future vision.
Page 348
Chemists at Play reprints in their original, faded, two-column format two of
Asimov's science parodies that had been discussed earlier in the book, plus
another short parody by Michael J.S. Dewar. Encouraging Creativity in the
Classroom ... 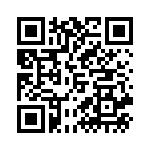