Page 34
Undeniably some newspaper managements were irresponsible and sensational
in their coverage of the war and politics; in 1944 Calwell was goaded into
denouncing 'many examples of unwise, if not vicious, propaganda', and said 'the
...
Page 55
A curious mixture of critics in Australia gave tongue — the RSL, the Australian
Communist Party, sections of the Sydney press feuding with Calwell —
denouncing the proposed influx of foreigners. Anti-Jewish prejudice was
particularly strong ...
Page 298
36. 15 Daily Telegraph, 17 April 1944. 16 The case for Calwell is put in C.
Kiernan, Calwell, Nelson, Melbourne, 1978, p. 98; A. A. Calwell, Be Just and Fear
Not, Lloyd O'Neil/Rigby, Melbourne, 1972. 17 K. S. Inglis & J. Brazier, This is the
ABC, ... 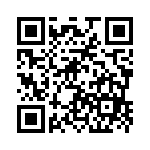