Claire D. Clark is an assistant professor of behavioral science at the University of Kentucky. Her work has been published in the American Journal of Public Health and Social History of Alcohol and Drugs. 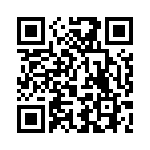