Intellectually interesting but not emotionally engaging. One thing I really enjoy about Murakami is how he portrays a sense of disconnectedness between people. That feeling was more prevalent in the ... Read full review

Haruki Murakami was born on January 12, 1949 in Kyoto, Japan and studied at Tokyo's Waseda University. He opened a coffeehouse/jazz bar in the capital called Peter Cat with his wife. He became a full-time author following the publication of his first novel, Hear the Wind Sing, in 1979. He writes both fiction and non-fiction works. His fiction works include Norwegian Wood, Colorless Tsukuru Tazaki and His Years of Pilgrimage, The Strange Library, and Men Without Women. Several of his stories have been adapted for the stage and as films. His nonfiction works include What I Talk About When I Talk About Running. He has received numerous literary awards including the Franz Kafka Prize for Kafka on the Shore, the Yomiuri Prize for The Wind-Up Bird Chronicle, and the Jerusalem Prize. He has translated into Japanese literature written by F. Scott Fitzgerald, Raymond Carver, Truman Capote, John Irving, and Paul Theroux. 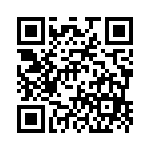