Page xvi
In 1678 , a tinker and itinerant preacher , in jail for his religious convictions , wrote
The Pilgrim's Progress ; in 1719 , a failed haberdasher who had turned journalist
and government spy wrote Robinson Crusoe , and , three years later , Moll ...
Page 90
In France , Montesquieu wrote his Lettres Persanes , and forty years later
Goldsmith in England wrote The Citizen of the World ; both had the same
intention , to show the West how it might appear to in an intelligent man from the
world outside ...
Page 396
He wrote , of the genesis of the Tietjens books : " I needed someone , some
character , in lasting tribulation —with a permanent shackle and ball on his leg . ..
. A physical defect it could not be , for if I wrote about that character he would
have to ... 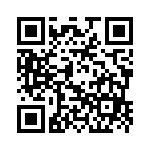