Page 76 - ... disarray. While we admired he brought more and the soft rich heap mounted higher — shirts with stripes and scrolls and plaids in coral and apple-green and lavender and faint orange, with monograms of Indian blue. Suddenly, with a strained sound, Daisy bent her head into the shirts and began to cry stormily. "They're such beautiful shirts," she sobbed, her voice muffled in the thick folds. "It makes me sad because I've never seen such — such beautiful shirts before.
Appears in 92 books from 1925-2007
Page 128 - ... damn blast your intellex, is less than the total payments made by the factory (as wages, dividends AND payments for raw material bank charges etcetera and all, that is the whole, that is the total of these is added into the total of prices caused by that factory, any damn factory and there is and must be therefore a clog and the power to purchase can never (under the present system) catch up with prices at large, and the light became so bright and so blindin' in this layer of paradise that the...
Appears in 49 books from 1934-2007
More
Page 28 - Thus our argument leads towards the conclusion that in contemporary conditions the growth of wealth, so far from being dependent on the abstinence of the rich, as is commonly supposed, is more likely to be impeded by it.
Appears in 105 books from 1935-2008
Page 128 - A factory has also another aspect, which we call the financial aspect It gives people the power to buy (wages, dividends which are power to buy) but it is also the cause of prices or values, financial, I mean financial values It pays workers, and pays for material.
Appears in 26 books from 1934-2007
Page 130 - But to have done instead of not doing this is not vanity To have, with decency, knocked That a Blunt should open To have gathered from the air a live tradition or from a fine old eye the unconquered flame This is not vanity.
Appears in 194 books from 1846-2007
Page 52 - We think we are individual, separate, above houses and material objects generally; but there is a subtle connection which makes them reflect us quite as much as we reflect them. They lend dignity, subtlety, force, each to the other, and what beauty, or lack of it, there is, is shot back and forth from one to the other as a shuttle in a loom, weaving, weaving.
Appears in 12 books from 1954-2005
Page 189 - He is striving nobly to make Negro artisans business men and property-owners; but it is utterly impossible, under modern competitive methods, for workingmen and property-owners to defend their rights and exist without the right of suffrage. 2. He insists on thrift and self-respect, but at the same time counsels a silent submission to civic inferiority such as is bound to sap the manhood of any race in the long run. 3. He advocates...
Appears in 63 books from 1903-2008
Less 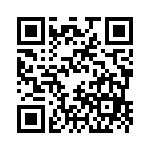