John B. Watson, an American psychologist, was the founder of behaviorism, an enormously influential orientation that had an impact on sociology and political science as well as psychology. His own early research was experimental, in animal psychology and in child behavior, but in 1913 he published a startling polemical paper entitled "Psychology as a Behaviorist Views It." In it he enunciated the doctrine that psychology is strictly the science of behavior. Mentalistic concepts, images, the study of consciousness, and introspection must all be abandoned, he said, to be replaced by the objective observation of the organism's response to controlled stimuli. Watson taught for 12 years at Johns Hopkins University, where he founded a laboratory for animal experimentation and did the research and writing on which his reputation rests. Then a sensational divorce in 1920 forced him to leave the academic world for a career in advertising. He later published a semipopular book, Behaviorism (1925), which made him the second best-known psychologist of his time (after Freud). For many people, Watson's claims that there are no hereditary traits and that behavior consists of learned habits constituted the core of psychology. There are no pure behaviorists in the social sciences today, but Watson's work---which led, for example, to the use of rooms with one-way glass walls for studying behavior---survives in many direct and indirect ways. 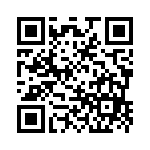