12 pages matching Haines in this book

Sam Hamill was born in 1942 in Utah. He attended Los Angeles Valley College and the University of California in Santa Barbara. He became a poet, and author who taught inmates in prison. He established Copper Canyon Press with Tree Swenson and other poets. He put out the Sam Hamill Papers which were composed of Hamill's own poetry, his work as editor for other poet's works and records of some of his other activities. He also received a National Endowment for the Arts fellowship and a Guggenheim Memorial fellowship. He is author of over 30 books including original poetry and essays and translations from Chinese, Japanese, and Greek. Among his works are Nootka Rose and Dumb Luck. 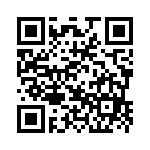