Tim Fitzpatrick co-founded the Department of Performance Studies at the University of Sydney. His research concerns the interplay between oral and textual elements in early modern performance: in the Commedia dell'Arte and in Elizabethan theatre. 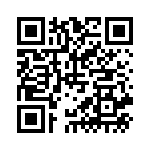