Page 34
arrangement which, after interaction with the physical system, produces one of
only two possible outcomes » as the definition of « proposition ». In this section,
we discuss this point using the notion of state, but leaving aside the notion of ...
Page 109
If the initial state of S is represented by the eigenvector a, e Jf and the initial state
of M is o„ e Jtf", the measurement interaction yields the transition i.e. the
instrument has undergone a change of state from n„ to Ł>,, indicating the value «,
of A for ...
Page 116
If the statistical operator of 8 4- M after the measurement interaction is the pure
state Py, where W = 2(a,, y)a<® »<, then Py defines a classical probability
measure on the Boolean subalgebra Hfs+M generated by the projection
operators PX ... 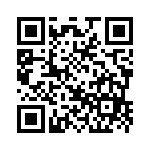