Engineering graduate, University of Manchester, began career working on anti-aircraft missiles in the aerospace industry before turning to writing, film and TV production on a wide range of subjects. These include two series for BBC Television on the 'Thursday War' exercises for newly commissioned warships and on the story of naval aviation, and one for BBC Radio Four on deception and psychology in warfare . Thirty books published to date covering automotive engineering, motor sport, forensic science, espionage, criminal profiling, air crash investigation and anti-submarine warfare. Dogfight: Spitfire versus Messerschmitt Bf109 is number thirty-one. 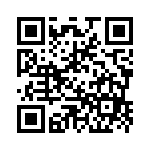