Page 227
This limitation applies to the work of those poets in the early half of this century
following the appearance of de la Mare . Most are forgettable , although a select
few , such as Eleanor Farjeon and Elizabeth Coatsworth , produced memorable ...
Page 228
The new poets arraigned themselves with the beats and such sixties poets as
Allen Ginsburg , Lawrence Ferlinghetti , and LeRoi Jones , and so allied
themselves to rock music and social protest . As in other genres of children ' s
literature ...
Page 238
Particularly successful as a single illustrated poem is Randall Jarrell ' s A Bat Is
Born ( 1978 ) , a long , lyrical , free verse poem excerpted from his short story ,
The Bat - Poet . In murmuring cadences , darting rhythms , and sharp imagery ,
the ... 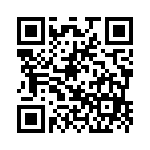