Page 254
Little did I think , howwater clear , ever , that the ghost of Esau's I never , no never , drink gin , early - Edwardian governess with her rum or beer ! ” whaleboned lace collar was destined I could not help laughing , but he to ...
Page 263
Never believe what scienhad rowed most of the way to the tists and technologists tell you . yacht before he spoke . By golly , Hinton , you ought to “ I've been thinking over what know better ; you've seen enough of you said about the ...
Page 329
And as the people , but in the city one never suddenly as it streamed forth , his saw these ill - fated folk . City dwell- laughter subsided . He became sad , ers rarely spoke of them , and I did introspective , defeated . 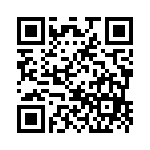