Page 140
The novels of social protest in England and America in the thirties cannot be
pegged down to any one political party. Politically, the decade ended, after all,
with the concept of the Popular Front; and what still seem its characteristic novels
were ...
Page 247
... Wilcher's doctor-niece, writing her father's biography in what was his study, and
Robert her husband using the threshing machine in the great saloon, among the
Adam panelling, under the Angelica Kaufmann ceiling, is a symbol of England ...
Page 267
Its sequel, The Retreat, is less so. It begins in May 1940, with Oliver Knight, now a
fighter-pilot, convalescent after illness, making his way to Dunkirk for evacuation,
his one thought to see the wife whom he married just before leaving England. 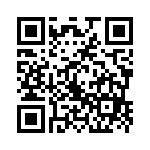