Page 198
At a critical axial tensile stress, damping became dependent on the amplitude; at
this point, crazing was observed. With repeated stress-strain cycling, they
obtained curves resembling those shown in Fig. 5.9. As might be expected,
crazing ...
Page 200
Thus, with ABS, the tensile and compressive half-cycles exhibited similar energy
losses, while with HIPS (after ~ 60 cycles), increasingly higher energy losses
were shown in the tensile than in the compressive half-cycle. Moreover, the
secant ...
Page 225
As well as improving the tensile strength, Young's modulus, and notched and
unnotched impact strength (by factors of 1.6, 2.0, 5.4, and 2.2, respectively),
carbon fibers, though present at a low concentration, greatly improved the fatigue
... 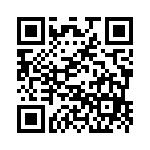