Martin Haenggi received the Dipl. Ing. (M.Sc.) and the Dr. sc. techn. (Ph.D.) degrees in Electrical Engineering from the Swiss Federal Institute of Technology in Zurich (ETHZ) in 1995 and 1999, respectively. He joined the University of Notre Dame in January 2001, where he currently is a Professor of Electrical Engineering and a Concurrent Professor of Applied and Computational Mathematics and Statistics. He is a Fellow of the IEEE and five of its societies and a Senior Member of the ACM and two of its special interest groups. He served on the Editorial Board of the Journal of Ad Hoc Networks from 2005 , as a Guest Editor for the IEEE Journal on Selected Areas in Communications in 2008 and the IEEE Transactions on Vehicular Technology in 2012 3, and as an Associate Editor for IEEE Transactions on Mobile Computing (TMC) from 2008 1 and the ACM Transactions on Sensor Networks from 2009 1. Currently he serves on the Steering Committee for TMC. He was a Distinguished Lecturer for the IEEE Circuits and Systems Society in 2005 and was the Keynote Speaker at the 2013 Workshop on Spatial Stochastic Models for Wireless Networks. He was a General Co-Chair of the 2009 International Workshop on Spatial Stochastic Models for Wireless Networks and the 2012 DIMACS Workshop on Connectivity and Resilience for Large-Scale Networks, and a TPC Co-Chair of the Communication Theory Symposium of the 2012 IEEE International Conference on Communications. He is a co-author of the monograph Interference in Large Wireless Networks (2009). His scientific interests are in wireless communications and networking. For both his M.Sc. and his Ph.D. theses, he was awarded the ETH medal, and he received an NSF CAREER award in 2005 and the 2010 IEEE Communications Society Best Tutorial Paper Award. 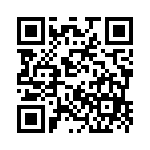