Henry Krips is Professor of Communication, and of History and Philosophy of Science at the University of Pittsburgh. He is also the author of Metaphysics of Quantum Theory and the coeditor of Science, Reason, and Rhetoric. 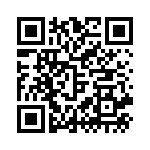