Page 116
The traders , however , were in an unusually strong position to pursue economic
selfinterest and make their own rules because of the growing political strength of
the industrial lobby in Britain and its attacks on the old mercantilist economic ...
Page 147
Whether or not these ardent , religious reformers saw their activities in economic
or political terms , the fact was that , as earlier during the Reformation , the
changing needs of an economy undergoing rapid expansion had called upon
religion ...
Page 343
Cf . E . Shann , An Economic History of Australia , CUP , Cambridge , 1930 .
Shann saw the British state as the ... E . L . Wheelwright and K . Buckley ( eds ) ,
Essays in the Political Economy of Australian Capitalism , Vol . I , ANZ Book
Company ... 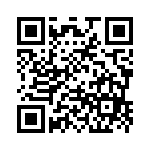