Simon Sleight is Lecturer in Australian History at King’s College London. He is also Adjunct Research Associate with the School of Philosophical, Historical & International Studies at Monash University in Melbourne. 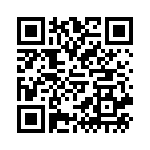