16 pages matching watch in this book

Helen Fielding was born in Morley, West Yorkshire, England on February 19, 1958. She studied English at Oxford University. After college, she got a job working for the BBC television studios. She worked for numerous years as a newspaper and TV journalist. Her first book, Cause Celeb, was based on the experiences she had while filming documentaries in Africa for Comic Relief. Her other books include Bridget Jones's Diary, The Edge of Reason, Olivia Joules and the Overactive Imagination, Mad about the Boy, and Bridget Jones's Baby. She co-wrote the screenplays for the movies Bridget Jones's Diary and the sequel based on The Edge of Reason. She has received several awards including British Book of the Year in 1997 and the Evening Standard Award Best Screenplay in 2002. She works as a full-time novelist and screenwriter. 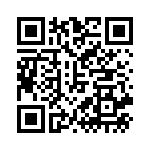