Page xiii
It was also alleged that the scheme had failed , the failure being attributed to the
character of this Thomas Peel , indolent , inefficient , too careless to see to his
settlers ' well - being , with the result that they had drifted away and the thousands
...
Page xiv
Few people beyond the conceiver of the scheme , the Premier , Mr James
Mitchell , had much faith in it . Those who knew the terrain , as did my father , a
surveyor himself , thought it a waste of public funds , and spoke indignantly
thereon ; the ...
Page 43
27 After their decision at the end of January 1829 to continue with the Swan River
settlement scheme together , presumably Peel and Levey took steps to get the
scheme going , though there is no documentary evidence to that effect for the ... 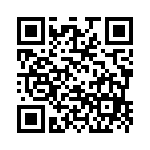