Roy J. Harris Jr. served from 1971 to 1994 as a reporter with the Wall Street Journal, including six years as deputy chief of its fourteen-member Los Angeles bureau. He then spent thirteen years as senior editor of The Economist Group’s CFO magazine. Early in his career he reported at the Los Angeles Times and the St. Louis Post-Dispatch. 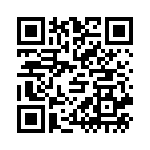