After establishing himself as a writer for adults, Roald Dahl began writing children's stories in 1960 while living in England with his family. His first stories were written as entertainment for his own children, to whom many of his books are dedicated.


Quentin Blake is a well-known artist whose work has made him popular on both sides of the Atlantic. He has illustrated most of Roald Dahl's children's books as well as many others. He lives in London, where he teaches illustration at the Royal College of Art. 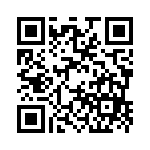