Page 63
Blanca had probably already asked around dozens of congregations without any luck . Now she needed another outlet . And she didn't want to get caught up in the petty politics of the streets . She didn't want to owe anything to anyone .
Page 105
“ Your daughter , ” Nazario asked him out of the blue , “ did she get in ? " “ Sí , sí . ” They embraced again . They kept talking about the man's daughter , who would soon start med school . The man was thanking Nazario and telling him ...
Page 187
“ I asked her why . Why she didn't just return . She continued to cry , so I agreed to come . On the phone she gave me this address . I thought this was a hotel . ” He sat down . I felt a little bad for him ; he was lost and Miami was ... 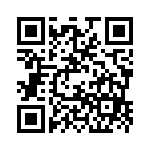