The points are all very well made. The Social Intuitionist Model is convincing and useful in understanding how ineffectual reason can be in a moral argument, but it would have been interesting to see ... Read full review

Really thought provoking. Made me understand a little better how people think on the opposite sides of the spectrum, and how compelling moral arguments get made. (It's not just facts.) Read full review 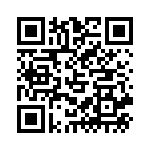