Page 58
Of course , close relations also developed because in the remote areas in
particular squatters , miners , publicans and station managers and workers
entered into sexual relations with Aboriginal women . In the Northern Territory in
the late ...
Page 108
138 Another indication of the personal nature of relations between bosses and
workers could be found in the Shearers ' Balls , which were organised by
pastoralists for both their workers and the local community after cut - out . These
were the ...
Page 315
... 45 influence of Aboriginal on European culture , 59 and land title , 238 and
land use , 218 maintenance of their own culture , 58 , 235 - 6 and missions , 232
nostalgia towards , 170 _ 4 paternalism towards , 51 - 2 Pilbara strike , 233
relations ... 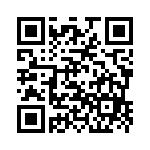