Rita J. Simon is a University Professor in the School of Public Affairs and the Washington College of Law at American University. She is the author and editor of numerous books, including In the Golden Land: A Century of Russian and Soviet Jewish Immigration (1997), The Case for Transracial Adoption (with Howard Altstein and Marygold Melli, 1994), The Ambivalent Welcome: Media Coverage of American Immigration (wish Susan Alexander, 1993), Rabbis, Lawyers, Immigrants, Thieves: Women's Roles in America (1993), Adoption, Race, and Identity (with Howard Altstein, 1992), and The Crimes Women Commit, The Punishments They Receive (with Jean Landis, Lexington, 1991). 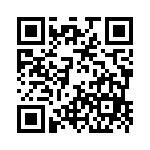