Page 29
David Patterson Dyer. orphaned grandson and several slaves . Here she remained until after the Civil War when the slaves were made free , at which time she sold the farm and removed to Louisiana , Pike County , Missouri .
Page 241
Dyer's age as a bar . But he is such a splendid old fellow , such a straight , game man , that I really haven't the heart to rule him out now after having made a precisely similar appointment , as regards age , in the case of his ...
Page 250
Dyer's worth . We have the honor to be , Yours very truly , C. C. Bland , Presiding Judge . R. L. Goode , Albert D. Nortoni . The following is from the then Governor of Missouri , Herbert S. Hadley , to Senator Warner : STATE OF ... 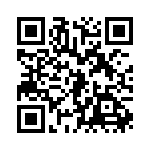