Page 26
Dak had one boot off , his blouse off , and his chemise pulled up so that I could
tape his shoulders when the light over the door came on and the buzzer sounded
. He froze . “ Jock ? We expecting anybody ? ” “ Probably Langston . He said he ...
Page 72
He dashed for the door . Corpsman called out , “ Hey , Skip ! I wanted to tell you -
- " He was out the door and following Dak without waiting to say good - by . Roger
Clifton closed the door Corpsman had left open , came back , and said slowly ...
Page 136
He took me through a small door , down an empty corridor , through another
small door , and into a quite ordinary office . The only thing regal about it was a
carved wall plaque , the coat of arms of the House of Orange , with its deathless
motto ...

Robert Anson Heinlein was born on July 7, 1907 in Butler, Mo. The son of Rex Ivar and Bam Lyle Heinlein, Robert Heinlein had two older brothers, one younger brother, and three younger sisters. Moving to Kansas City, Mo., at a young age, Heinlein graduated from Central High School in 1924 and attended one year of college at Kansas City Community College. Following in his older brother's footsteps, Heinlein entered the Navel Academy in 1925. After contracting pulmonary tuberculosis, of which he was later cured, Heinlein retired from the Navy and married Leslyn MacDonald. Heinlein was said to have held jobs in real estate and photography, before he began working as a staff writer for Upton Sinclair's EPIC News in 1938. Still needing money desperately, Heinlein entered a writing contest sponsored by the science fiction magazine Thrilling Wonder Stories. Heinlein wrote and submitted the story "Life-Line," which went on to win the contest. This guaranteed Heinlein a future in writing. Using his real name and the pen names Caleb Saunders, Anson MacDonald, Lyle Monroe, John Riverside, and Simon York, Heinlein wrote numerous novels including For Us the Living, Methuselah's Children, and Starship Troopers, which was adapted into a big-budget film for Tri-Star Pictures in 1997. The Science Fiction Writers of America named Heinlein its first Grand Master in 1974, presented 1975. Officers and past presidents of the Association select a living writer for lifetime achievement. Also, the Science Fiction and Fantasy Hall of Fame inducted Heinlein in 1998. Heinlein died in 1988 from emphysema and other related health problems. Heinlein's remains were scattered from the stern of a Navy warship off the coast of California. 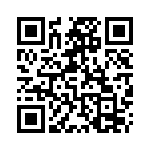