Page 1
PENGUIN BOOKS The Lion and the Unicorn Eric Arthur Blair ( George Orwell ) was born in 1903 in India , where his father worked ... He left in 1921 and joined the Indian Imperial Police in Burma the following year , serving until 1928 .
Page 97
Had any Labour government come into office with a clear majority and then proceeded to grant India anya thing that could truly be called independence , India would simply have been absorbed by Japan , or divided between Japan and Russia ...
Page 110
No need then for the British to flatter the ridiculous Indian princes , with their gilded elephants and cardboard ... Englishmen and Indians can work side by side for the development of India , and for the training of Indians in all the ... 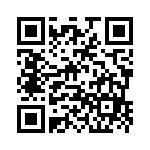